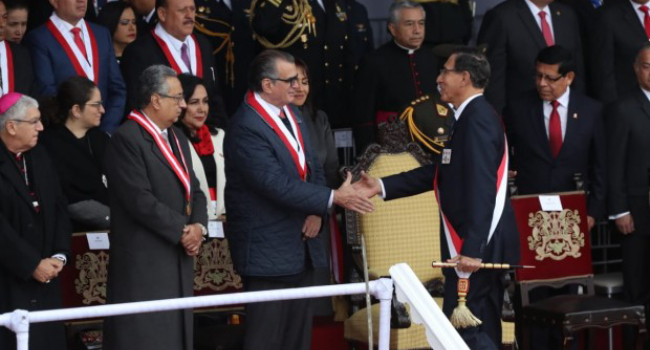 The country is in a political limbo discussing the progress of general elections in 2020, a year ahead of schedule, and the main powers of the State, the Executive and the Legislature, fail to make decisions or concrete actions that allow us to leave of a situation that is not beneficial to anyone.

If Parliament fails to make progress in the debate on the subject in question, most analysts see two possibilities, equally stressful for the proper development of the country: The closure of Congress or the presidential vacancy.

The relationship between both powers is currently not the best. The meeting between their representatives, Martín Vizcarra and Pedro Olaechea, beyond taking place naturally, as appropriate, has become an event that has been inflated by the existing friction, both in words and deeds.

While Olaechea snapped at the President a «dare to govern» request that although it can be shared by the population and business, clearly does not keep the ways to support a positive relationship. The chief of state decided to agree to talk with the head of Parliament but agreed to the appointment for a week later and has sought to impose a single issue: The general elections.

In any case, it is important to note that the departure of the now first vice president, Mercedes Aráoz, from the official bench, and the Executive, in practical terms, is a gesture that suggests that she would not resign from her position in case she achieved a vacancy of President Vizcarra (who did not walk away when his predecessor PPK resigned).

It should be noted that Araoz did not leave the PPK party alone; she was accompanied by Congressmen Carlos Bruce and Ana María Choquehuanca. The orphanhood of this group was evident when the incorporation of Yesenia Ponce was announced as the member that allows them to remain as a bench.

After these three parliamentarians walked away, the prosecution requested the withdrawal of the preventive house arrest for former president Kuczynski and his detention in a prison, under the argument of previous meetings with Aráoz and Bruce. This seemed a kind of punishment for the aforementioned estrangement. The excess, in any case, was not ratified by the respective court.

As planned in the previous report, the Tía María project, from Southern Peru, was suspended until further notice, due to protests by the political representatives of the Arequipa region. However, it has discouraged knowing that while before public opinion the Executive indicated that the population would be convinced to sustain the project, in private, the president himself alluded that the suspension was his true position and only hoped to have technical arguments to announce it.

The truth is that regional governors are the only concrete actors in which Martín Vizcarra has support (the other is, in theory, the population, represented by the polls), so it is surprising that he did not coordinate with the regional government of Arequipa before proceeding with Tía María’s construction permit. With that been said, it makes sense that the President would prefer to maintain regional proximity at the expense of the mining project.

Corruption cases have still run their course. The two most relevant events have been the revelation of José Graña and Hernando Graña, former directors of G&M, as effective collaborators in the Odebrecht and Construction Club cases, as well as the deepening of the case of former Mayor Luis Castañeda Lossio; his once right hand, Martín Bustamante, confirmed that OAS and Odebrecht delivered illicit money to the burgomaster.

On a bright side, the Pan American Games inauguration was celebrated, which marked the beginning of a sporting event that had the recognition of both national and foreign spectators and participants, who enjoyed an unexpected optimal organization. In addition, Peru beat record medals, accumulating 39 medals, more than those obtained throughout its Pan-American history; Likewise, Peruvian athletes beat different national brands. Currently, the Parapan American Games are being developed, which have also attracted the attention of the population. The challenge, now, comes in two ways; the first, keep the infrastructure created in use; the second, strengthen the preparation of elite athletes, which can be seen in the Tokyo 2020 Olympics. 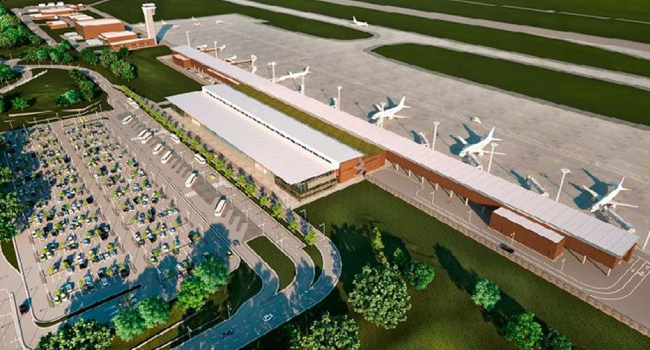 An issue that has returned, and that could support the vacancy request that a small group is looking for parliamentarians, is the case of Chinchero Airport. A report by prosecutor Zoila Sueno was published that warned of irregularities in the addendum of the contract and the interference of the winning consortium in analyzes that should be independent.

The national prosecutor’s office has just received the report, and has reopened the case, closed in 2018 due to lack of evidence, and it has transpired that it will reevaluate the responsibility of Martín Vizcarra, Minister of Transportation when the events under investigation occurred.

There are high expectations about the meeting between President Martín Vizcarra and the chief of Congress, Pedro Olaechea. Most likely, it is a dialogue without compromises or results; In the worst case, it will be a dialogue of the deaf that will not help to recover the confidence and tranquility that the country needs so much.

Next week, the Congress will begin to debate the proposal to advance the general elections. We believe, however, that beyond the president’s apocalyptic words, and the possible search for vacancy, at the end of the day a minimum agreement will be reached on reforms, initiatives, projects, which will allow the normal term of the Executive and Legislative mandate. As long as, of course, both common sense and survival prevail.

Another challenge is the performance of fiscal policy, the promotion of private investment and the execution of public investment, which has shown to date poor performance that can still be corrected to prevent growth projections from continuing to adjust.

The main mining event in the country, organized every two years and present on the world agenda, is held next month in Arequipa: Perumin. In addition to the expectation that exists on the plans of the companies in the sector, it has also generated a misfortune that the organization has summoned the regional governor of Arequipa, Elmer Cáceres, one of the main opponents of the Tía María project.